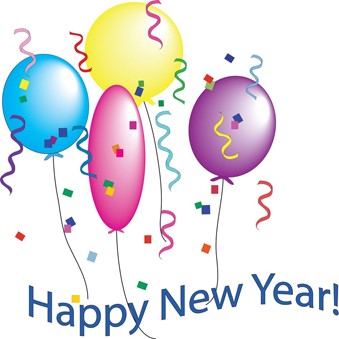 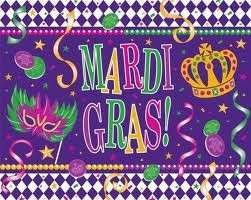 Did you know that Mardi Gras celebrations date back to ancient Roman times? The Romans' Lupercalia festival was held in mid-February to honor the god of fertility and agriculture, Lupercus. The party had definite Mardi Gras-like qualities, including drinking, feasting and "pleasures of the flesh". During the Crusades, the carnival-like Lupercalia became adopted as a "last fling" of indulgence before the 40-day Lenten period of penitence. Did you know that Mardi Gras is French for "Fat Tuesday"? Some say the term alludes to the over-indulgences of the day. Others explain that the word "fat" refers to a fattened ox that was paraded through town before being sacrificed at a mid-winter, pagan fertility celebration. Did you know that the last Tuesday before Lent developed a variety of different traditions depending on what country one was living in? The one commonality was that all these traditions were indulgent! In English, for example, a feast of pancakes was served. In France, Mardi Gras -- meaning "Fat Tuesday" -- was especially indulgent, reminiscent of ancient Roman times. Did you know that historians differ about how exactly Mardi Gras was brought to the United States, but all agree it was due to French influence in the territory of Louisiana? Some think the French explorer Sieur d'Ibervilled introduced Mardi Gras when he landed in what is today Louisiana in 1699. Others say that early French settlers to Louisiana introduced Mardi Gras to the Americas. While others argue that the first Mardi Gras was celebrated by French soldiers back in 1703, in the city of Mobile, Alabama. Either way, by the 1820s, Mardi Gras was firmly entrenched in New Orleans culture. Did you know that the term Carnival, often synonymous with Mardi Gras celebrations (and the name for the Brazilian pre-Lent bash) comes from a Latin expression meaning "farewell to the flesh"? Interestingly, the New Orleans anthem for Mardi Gras is the song If Ever I Cease to Love. Did you know that the first Mardi Gras parade was staged in the United States 1837? It has been reported that there was just one float, which, despite its crudeness, brought great joy to the people of New Orleans. Today, the city begins its cascade of parades the Friday before Ash Wednesday. The parades feature hundreds of different floats from the city's many parishes, each of which is sponsored by a different Krewes, or club. Did you know that the tradition of Krewes tossing out handouts to parade onlookers -- or "throws" in New Orleans parlance -- dates back to Renaissance Europe? That's where the festival custom started in which lords and ladies would hurl mead and ale at revelers. Some historians believe the tradition has even more ancient roots. Pagan peasants would toss grains at their fields in the springtime, as a show of gratitude to the deities for allowing them to survive the bitter winters. Did you know that the ever-popular beaded necklaces associated with Mardi Gras today, didn't come into play until the 1880s? That's when one of the Krewes dressed up a member as Santa Claus and had him toss out glass beads. It was such a hit that by 1900, beaded necklaces had become the Mardi Gras throw. Somewhere along the way, those lovely glass beads got replaced by cheap plastic and aluminum beads, which today earn the thrower a flash (of flesh). That particular "trading" tradition most likely dates back to the 1970s. Did you know that purple, green and gold are the traditional colors of Mardi Gras? Purple represents justice, green is faith and gold symbolizes power. Did you know that King Cakes are a traditional Mardi Gras food? An oval cake honoring the three kings is decorated in purple, green and gold colors, representing justice, faith and power, respectively. A small plastic baby, symbolizing the Baby Jesus, is baked into each cake. Whoever gets the piece with the baby not only will have good luck that year, but will also be responsible for bringing the King Cake to next year's party!

ALL ABOUT ST. PATRICK

The person who was to become St. Patrick, the patron saint of Ireland, was born in Wales about AD 385. His given name was Maewyn, and he almost didn't get the job of bishop of Ireland because he lacked the required scholarship. Far from being a saint, until he was 16, he considered himself a pagan. At that age, he was sold into slavery by a group of Irish marauders that raided his village. During his captivity, he became closer to God. He escaped from slavery after six years and went to Gaul where he studied in the monastery under St. Germain, bishop of Auxerre for a period of twelve years. During his training he became aware that his calling was to convert the pagans to Christianity. His wishes were to return to Ireland, to convert the native pagans to Christianity. But his superiors instead appointed St. Palladius. But two years later, Palladius transferred to Scotland. Patrick, having adopted that Christian name earlier, was then appointed as second bishop to Ireland. Patrick was quite successful at winning converts. And this fact upset the Celtic Druids. Patrick was arrested several times, but escaped each time. He traveled throughout Ireland, establishing monasteries across the country. He also set up schools and churches which would aid him in his conversion of the Irish country to Christianity. His mission in Ireland lasted for thirty years. After that time, Patrick retired to County Down. He died on March 17 in AD 461. That day has been commemorated as St. Patrick's Day ever since. Much Irish folklore surrounds St. Patrick's Day. Not much of it is actually substantiated. Some of this lore includes the belief that Patrick raised people from the dead. He also is said to have given a sermon from a hilltop that drove all the snakes from Ireland. Of course, no snakes were ever native to Ireland, and some people think this is a metaphor for the conversion of the pagans. Though originally a Catholic holy day, St. Patrick's Day has evolved into more of a secular holiday. One traditional icon of the day is the shamrock. And this stems from a more bona fide Irish tale that tells how Patrick used the three-leafed shamrock to explain the Trinity. He used it in his sermons to represent how the Father, the Son, and the Holy Spirit could all exist as separate elements of the same entity. His followers adopted the custom of wearing a shamrock on his feast day. The St. Patrick's Day custom came to America in 1737. That was the first year St. Patrick's Day was publicly celebrated in this country, in Boston. Today, people celebrate the day with parades, wearing of the green, and drinking beer. One reason St. Patrick's Day might have become so popular is that it takes place just a few days before the first day of spring. One might say it has become the first green of spring.